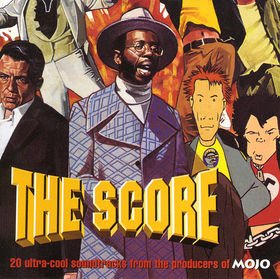 In the noughties, Mojo Magazine quickly went from giving away a cover mount CD on an occasional basis to then becoming a permanent feature of the magazine, available on a monthly basis. Generally, free CDs given away with music magazines can be a mixed bag, with most of them being made up of filler material from artists albums, or live performances, or a remix, with the odd nugget thrown in. Mojo have generally tried to rise above the mediocrity and regularly release interesting CD compilations, generally with a theme to each one. Some are good, some great. Sometimes though, a free CD is a thing of beauty, one that transcends its ‘giveaway’ status to become something than can be described as ‘essential’, ‘magnificent’ and something that you would potentially pay good money for. Essentially, what concerns us here is a free compilation that actually embarrases a lot of retail releases. Those We Left Behind, in an occasional series, looks at those free CDs that are truly worth celebrating, and more specifically, those that Mojo has given away over the years that are worth your attention and time to discover. The first CD to be championed is ‘The Score’, which was given away in May 2002 with Mojo Magazine issue 103.

‘The Score’ concerns itself with music from movie soundtracks, tying in with that months theme in Mojo Magazine. The full track listing is printed below. Not only does the CD run to a generous 20 tracks, but the quality is high throughout. There are so many good tracks on this album, and some (‘You Cut Up The Clothes’, ‘God’s Children’, ‘Linus & Lucy’, ‘A Fistful Of Dollars’, ‘Get Carter’) which are outstanding. The compilation flows well, with thumping soundtrack scores rubbing shoulders with pop, rock, soul, funk, ska and electronic music. If you haven’t heard it before (and even if you have heard some of the tracks), I recommend you search this out as it is a maginificent compilation. As previously stated, this cd was given away free in May 2002, on the cover of Mojo issue 103, and the magazine itself had a great ‘100 greatest soundtracks’ article. You can pick up the magazine on ebay from time to time, and as for the CD, well you can try on ebay or otherwise use a bit of googling;

1 Brother on the Run 4.52 Johnny Pate and Adam Wade

7 You Cut Up the Clothes 5.50 Melvin Van Peebles

17 A Fistful of Dollars 2.58 Ennio Morricone

When I first heard the album, I was familiar with a few of the tracks, such as ‘Truck Turner’, ‘God Moving Over The Face of The Water’, ‘A Fistful of Dollars’ and ‘Get Carter’. They are all superb tracks that, either as a standalone piece of music or as part of a soundtrack, are highly listenable in either context. However, it was the undiscovered songs, and 2 in particular, that held the greater joy.

The first is ‘Gods Children’, a song by The Kinks to accompany the unsubtle British comedy ‘Percy‘, starring Hywel Bennet and concerining the worlds first penis transplant, transcends its source material and becomes a stirring polemic on the dangers of science messing with mature. Although its lyrical content, basically arguing against being ‘changed’ by medical procedures, and being left like ‘the good lord made me’ is highly contentious, the overall effect is wonderful. Superb music, superb singing and a brilliant chorus. One of The Kinks best songs in amongst a catalogue of the highest quality, this is a real standout of ‘The Score’.

The second track is the real highlight. An amazing. moving piece of Gospel from the film (and also musical) ‘Don’t Play Us Cheap’ ( tracklisting of the soundtrack is listed here), the track is performed by Joshie Jo Armistead, who according to the Diddy Wah blog, was also in The Ikettes (see below for the Diddy Wah article). This track is just so fantastic – it’s like ‘I Will Survive’ on steroids. What starts off as a slow burning lament to a lost love rouses itself to give a defiant ‘I will get along without you’. The singing puts the hairs up on the back of your neck. When Armisted sings the line ‘there were times I couldn’t even catch my breath’, it is like a punch in the chest. You can feel her pain, and as the song goes on you feel her spirit rise and her defiance and strength increase. Everyone needs to hear this song at least once in their lives. The standout track on a superb album.

The following article is taken from the brilliant Diddy Wah blog and relates to ‘You Cut Up The Clothes’, and its singer, Joshie Jo Armisted;

This song was the standout track on an excellent Mojo magazine compilation of soundtrack material called, ‘The Score’. For some reason the beatles-dylan-stones-brianwilson obsessed folks at Mojo credited it to ‘Mrs Washington & Co’. This is not the artist’s but the character’s name in the Melvin Van Peebles movie, ‘Don’t Pay Us Cheap’, from which it came. Melvin wrote all the music and the script to the movie that he meant to be a follow up to ‘Sweet Sweetback’s Baadasssss Song’. But because of funding issues Melvin made it into a broadway musical instead. After winning some Tony awards he was able to make the film a few years later.

This track is pure gospel bliss. It took a little google-ing but I recently figured out that the singer is ‘Joshie’ Jo Armstead a one time Ikette (second from right?) who co-wrote Ray Charles’s ‘Let’s Go Get Stoned’ and played Mrs Washington in both the musical and the movie.”

Thanks, Mojo, for ‘The Score’. Thanks for the playfulness of Vince Guaraldi and his ‘Linus & Lucy. Thanks for the ultra moody ‘Dark Days’ by DJ Shadow. Thanks for reminding me of the simple grace of ‘Johnny Too Bad’ by The Slickers. Many thanks for the theme tune to ‘The Taking of Pelham 123’ – put that on your ipod on loud and go and sit on the Metro (as I do in Amsterdam) and you will have visions of Robert Shaw (aka ‘Mr Blue’)……