This was on my bedroom wall a long, long time ago. A case of exciting Movie Poster, combined with engagingly confusing and long winded movie title (a bit like Spacehunter Adventures in the Forbidden Zone (also in 3D)). Was the movie any good? Who knows! I never watched it, I just liked the poster, with its array of Mad Max-type hero, futurewar cyborg type killer and lots of SPACE all around them.

It does not get much in the way of love via its IMDB rating, sadly Take a look yourself, see what you think;

and while we are at it, have some more movie poster aer and video cassette art for Metalstorm the Destruction of Jared Syn!!! 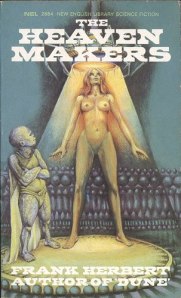 Finally, we can get our hands on this classic Sci-Fi series.

Amazon and Play links to the box set; 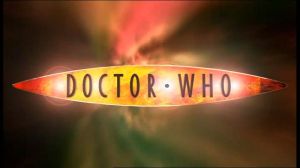 Doctor Who begins its fourth season on BBC1 tomorrow night (Saturday) in its current incarnation following the Russell T Davies reboot in 2005. I have high hopes for the new series, what with the Murray Gold theme tune now pumped up and snarling, David Tennant still being on board and the return of some old foes (Sontarans) and more recent characters (the Ood). We also get the return of UNIT, battling the Sontarans threat.

The current creative team seem to have settled on a formula – 1,2 or 3 episode stories, a bigger, more subtle story arc in the background (think Bad Wolf, or Vote Saxon) while bringing back the popular adversaries from the past (Daleks, Cybermen) and creating memorable new characters (Judoon, Ood, The Weeping Angels). The finales so far have been explosive, exciting and emotional, though the Series 3 final arc, while getting off to a great start (Utopia, The Sound of Drums) lost its impetus in the final show, ‘Last of the Time Lords’. It would be a pity if that was the end of John Simm as the Master, but we’ll have to see. For this new series, speculation at the moment is on Davros making a return in the final episodes.

Other characters make a return, from the Doctors recent past. We know there is a return for Captain Jack Harkness and Sarah-Jane Smith. I think Donna Noble is going to bring a fresh perspective to the show, and at seems we are assured there is no romance, unrequited or otherwise, this time. I do have concerns about the return of the Doctors previous companions, Martha and Rose. Firstly, Martha as a character had a lot to live up to in the wake of Roses departure. I just didnt think that the Doctor and her had any chemistry or spark, and the unrequited love that Martha supposedly had for the Doctor didnt convince. That is not to say that Freema Agyeman is a bad actress, but that she was given a hard act to follow and the writing let her down. I dont see how her presence in the new series is really going to add anything, seeing as I felt no real disappointment in her departure.

The reappearance of Rose (plus Mickey, Jackie and Pete??) is more welcomed, but with reservations. If it is true that all 3 assistants of the current Doctor appear together toward the end of the series, will the clash of egos be too much? Should Rose have returned after her moving performance in ‘Doomsday’?

I hope they get it right more than last series, which was patchy – too many episodes simply didnt engage (The Lazurus Experiment, The Daleks In Manhattan episodes, Gridlock and 42) and there was only one classic (the stunning Blink). I hope there is more quality control, more action, and if the Dalek(s) is/are coming back, I hope they make the episodes a bit more worhty of these iconic adversaries.

After the high of the last Christmas Special, ‘Voyage of the Damned’, I hope the consistency remains. Fingers crossed, it’s going to be a pleasure rather than a chore watching them. Really looking forward to the Pompeii and Ood episodes, the Sontarans return and whatever they have planned for the finale. I’m hoping there’s Daleks and Davros in it and make it VERY GOOD please.

Dr Who Home at the BBC

Dr Who Series 4 at Wiki

Wiki on the Tenth Doctor (ie the current one)