I gave a review of issue 3 of this title – it is here. Issue 4 (the final issue) is out next week (18th November 2009), and here is a solicit and a five page preview, along with the (frankly, rather stunning) cover art;

Toshiro Ono has spent his life making the best swords that have ever been forged and selling them to the highest bidder. When his family is killed by a blade of his own making, master swordsmith Toshiro promised to do whatever it took to make sure none of his swords ever kill again. Now that promise comes to the test in this stunning conclusion! Andrew Cosby, creator of EUREKA, and Michael Alan Nelson, creator of HEXED, bring feudal Samurai Japan to life like no other comic has done before. 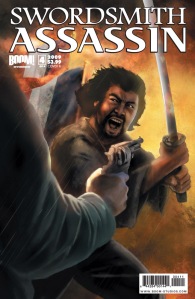 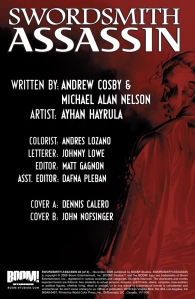 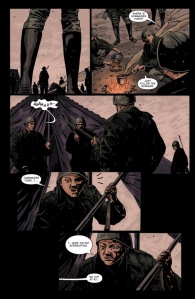