There is something thrilling about the primary colours, and all out action of 70’s Marvel. Plus, I love the little window in the top left that shows the roster of Heroes in the comic. The 70’s was a boom time for comics in the UK, but many titles quickly got cancelled and got ‘folded in’ to better selling titles. Which is why you get such glorious merged comics as ‘The Avengers AND The Savage Sword of Conan’, and my favourite, ‘Planet of the Apes AND Dracula Lives’ ( a perfect distillation of my comic reading as a child). I can almost smell that unique paper smell in the Newsagents, as I recall these comics and their covers loaded on groaning shelves alongside the likes of The Dandy, Beano, Whizzer & Chips, Shiver & Shake, TV Comic, Look-In, Hotspur, and Action. Anyone have a picture of a newsagents from around this time, with the racks full of these comics? If so, would love to see it commented on here.

Ans if you want to read a well written and well researched piece about Marvel UK in the Bronze Age of Comics, and look at some more great comic art (the covers here are largely taken from the following site), then go to;
http://www.panelology.info/Marvel/Marvel-UK-1.html 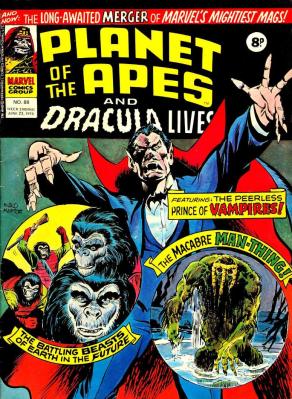 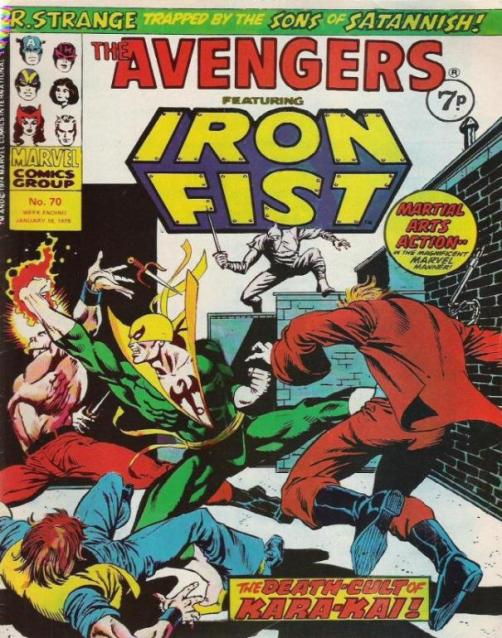 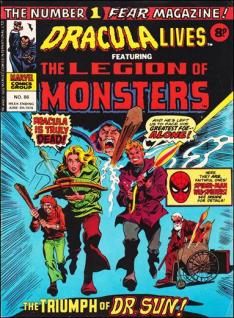 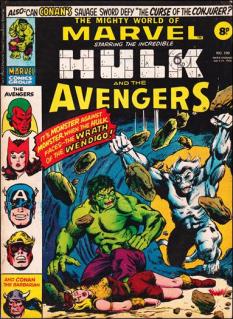